Don’t call the Janesville School’s computer science program its “best kept secret.”  That makes it sound like a restaurant or travel destination. Instead, the Janesville School District’s computer science department is a quiet powerhouse, a force propelling students into the best colleges and then into high-paying jobs immediately after graduation.

How strong is the program? Consider this: 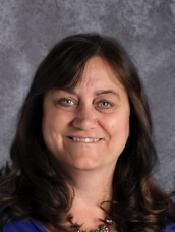 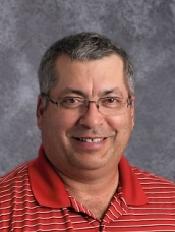 The district’s computer science dynasty started in 2005 when Bob Getka arrived at Parker, and started teaching AP Computer Science.  His classroom walls are covered with photos of students who passed the exam. Among the many who have passed, are 48 that passed with fives.

At Craig, Janice Bain started her career teaching math and computer science. She minored in computer science in college, but in those days they were using  Pascal and Cobol, defunct computer languages. When an  instructor was needed for AP Computer Science, Bain took a deep dive into JAVA, the current language.  The district also sent her to a week-long intensive institute on the course.

She also learned from what she calls the “course of Bob.”

Her efforts and her students’ work paid off. In the 6 years she has been teaching AP Computer Science, more than one-fourth of her students taking the exam earned 5s.

In the 2018-2019 school year, 100 percent of her students passed the exam, a distinction she shared with only seven other schools in the state.

She’s had 100 percent successes in other years, too.

Getka, who calls himself as “very competitive person” described her pass rate in wondering tones, calling it  “extraordinary.”

What’s the key to their success?

Getka and Bain said the school district has been very supportive of STEAM programs, and acronym that stands for science, technology, engineering, art, and math.

Good teaching and motivated students are a crucial part of the equation, too, and, like any good sports team, it helps to start ‘em young.

Now, with the elementary school students reaching high school, Getka and Bain expect those  students will dominate, both in competition and in class.

Bain wants students to know that computer science is a career for anyone.

Back to Our Stories